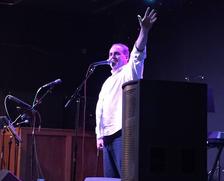 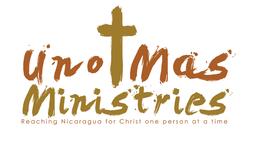 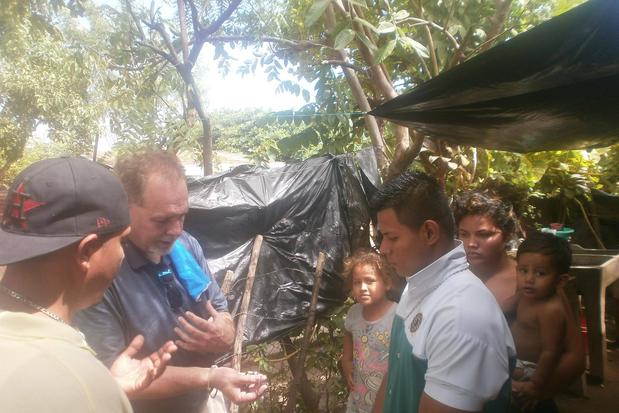 In 2015, while on a mission trip to Nicaragua, our mission team was ministering to folks in a barrio close to Granada. It was at the end of a very long, hot day and we found ourselves standing atop a rather large hill on the village road. The group had obvious signs of heat exhaustion and looked worse for the wear so we decided to return to our rooms to rest for the next day’s project.  As we began to head back to our van, I heard someone say "Uno Mas", which I knew was Spanish for "one more".  Not recognizing who said it, I asked around the group and the repeated reply was that no one was talking to me. I told my friend, Pastor Dave, that I clearly heard someone say "Uno Mas."  Dave replied, "it must be God."  Not being accustomed to hearing the voice of God in such an audible way, I was a little shocked. But, in spite of that, I told my interpreter that I wanted to go down the hill to "one more" home.

The interpreter tried to persuade me that there were no more people down that hill and that it might be dangerous for us to go.  But, I felt compelled by the words that kept running through my mind, "Uno Mas."  Just as we reached the bottom of the hill, the road (if you can call it that), turned slightly and off in the distance we saw what resembled a small shack but was in fact someone’s home. At first glance, I noticed a young woman sweeping the porch of the home. Somewhat shocked by our presence, she stopped sweeping. We approached and told her not to be afraid, that we had travelled thousands of miles to tell her that Jesus loved her very much. The interpreter barely finished sharing my message to her when the young woman began weeping, bawling even, her shoulders heaving from her uncontrollable breathing and sobbing. Her barely intelligible words were that there was no way Jesus could ever love someone like her. I asked her what could possibly have given her that idea. She pointed to a crib in the corner that, until this point, I had not even noticed.  She said, "he is mine, and I don't have a husband. So, Jesus cannot love me". I explained to her that there was nothing she could possibly do to escape Christ's love and that there was no sin that the sacrifice made for her by Jesus on the cross, could not cover.

It was at that very moment, an older woman came around the corner from the back of home. Seeing her daughter weeping and two older men standing there, she was understandably concerned. She asked in a forceful tone, "what exactly is going on here." As with her daughter, I shared that same story about our travels to share the message of Jesus' love to which she too began crying. I asked if she was OK ... she replied... "yes." Then, she began explaining what becomes the purpose of this story. She said, "Sir, you don't understand. I have known Jesus my whole life. I have prayed to Jesus and to God for many years that someone would come to tell my daughter about Jesus. We have many missionaries come to our town. They walk the roads, tell about Jesus and then leave. But, when they come to our road ... they always stop at the top of that hill. They never come to MY house. They never come to see MY daughter. You, sir, are the first one who has come down that hill."  At that moment, God’s purpose became clear.

This is what Uno Mas Ministries is all about. Traveling down one more hill ... knocking on one more door ... sharing with one more person the life changing love of Jesus Christ. We are committed to sharing with "Uno Mas" everyday ... until we reach Nicaragua for Christ ... one person at a time.

"BUT YOU WILL RECEIVE POWER WHEN THE HOLY SPIRIT COMES UPON YOU. AND YOU WILL BE MY WITNESSES, TELLING PEOPLE ABOUT ME EVERYWHERE--IN JERUSALEM, THROUGHOUT JUDEA, IN SAMARIA, AND TO THE ENDS OF THE EARTH." ACTS 1:8 NLT